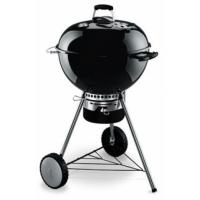 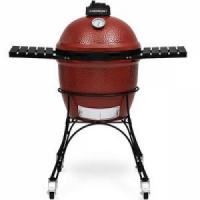 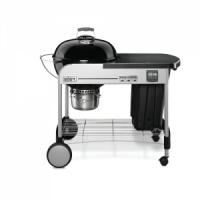 They may buy their BBQs on a smart-phone, follow the latest trends on twitter/you-tube, use the latest funky accessories and sauces and experiment with new foodstuffs to cook, but for some people when it comes down to it they barbecue using CHARCOAL and wouldn't dream of using anything else!

Charcoal-lovers will tell you the coals impart a special flavour, aroma and appearance to foods unmatched by any other fuel.

Perhaps it's the caveman in us, but there is something we love about lighting a fire and cooking our foods over those glowing embers.

Or maybe it's the art of cooking with coal that appeals?

Charcoal is relatively easy to light and burns cleanly, although an experienced barbecuer will always leave coals burning for a good 45 minutes before cooking to allow them to reach a good temperature. BBQs fired by charcoal can get a lot hotter than gas-fuelled rivals, typically cooking at temperatures approaching 700 F, part of the appeal we guess and perfect (enthusiasts will tell you) for searing steaks and other large cuts of meat. You'll know when the coals have reached the right temperature - they'll burn white hot.

There are 3 main types of charcoal you can use:

Lumpwood charcoal - a wood that's been fired in a kiln, making it very combustible. The better the quality, the higher the temperature it'll reach once it's burning.

Charcoal briquettes - uniformly shaped lumps of fuel, sometimes called “heat beads” which are made from charcoal and a starch binder. Once lit, they tend to burn for up to twice as long as lumpwood and provide a more constant cooking temperature.

Instant Lighting Charcoal - convenient and quick-lighting, this charcoal has been impregnated with a lighting agent. No need for lighter fluid or firelighters. Just don't tell the traditionalists.

Using a charcoal chimney starter (see the picture) or electric charcoal starter or the Looftlighter to light your coals helps preserve that unique smoky taste. Chimney starters work particularly well because they are quicker to light the coals and don't need lighter fuel or an electrical source, just a couple of firelighters. 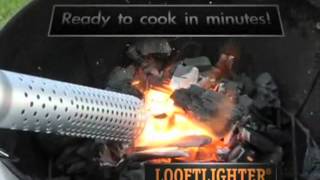 Charcoal BBQs with high capacity ash-catchers or charcoal drawers make cleaning up much easier. Some even feature a one-touch cleaning system.

If you use the airflow vents at the base of your charcoal BBQ, you can better regulate the heat ensuring your foods will be moist, tender and cooked to perfection.

Direct cooking is the most basic way to BBQ. Foods are simply cooked directly over the heat. What could be easier?

The best stuff to cook directly is the traditional BBQ fare. Steaks, burgers, sausages, fish fillets, in fact anything that's less than about 2 inches thick.

There is a variation though. If you have a BBQ with a lid or hood you can close it. That'll allow foods to be cooking all over by using the trapped heat, which builds up with the roof on! The part of the meat or fish (or whatever you've got on the menu) directly above the coals will be cooking faster but with the lid down you'll reduce cooking ties and cook through to the centre of your foods faster.

Generally we recommend having the lid down unless your food needs some basting, which leads us on to;

Indirect cooking is more like baking in an oven. If you're using charcoal, build or pile your coals on one side of the BBQ and cook your foods on the other side away from the direct heat. (see Indirect Heat Picture)

Don't forget you'll need to close the lid. Convection and radiant heat will then cook the food. Basically indirect cooking is ideal for cuts of meat more than a couple of inches thick, so poultry, roasts, perhaps a whole fish. You also use this method for rotisserie cooking. 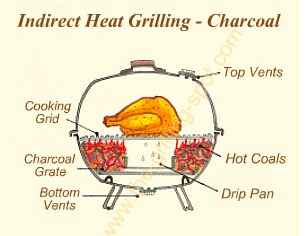 The Two Zone technique brings the two styles, direct and indirect together under one roof!

It's fairly straightforward. When the coals are hot and ready, bank them to one side of your BBQ to create your direct cooking zone. Then place an aluminium pan half-filled with water opposite the coals where you can cook indirectly using convection heat. It means you can sear foods directly and quickly while cooking other foods more slowly on the other side.

Like other BBQs look for features that promote heat control (and hence good cooking) and enhance your BBQ experience (make it easier!)

For the true carnivore cast-iron searing grates retain the heat and sear meat to perfection, leaving the kind of grill marks you see in magazines!

Rather than struggle with raising/lowering your coals by hooking the bed into slots, some charcoal BBQs have cranks or levers, which allow you to adjust the height of the coals at the turn of a handle.

Hinges on the sides of your cooking grate - where the coals sit - allow you to add extra coals at any time and not send the rest tumbling.

Built-in thermometers add certainty when you're trying to judge when to start cooking.

Save your legs (and your nerves) by choosing a BBQ with a side table or workspace for food preparation. Tool racks for easy access to cooking utensils come in handy too.

ENTER YOUR EMAIL TO GET

Sign up today and receive exclusive email offers and promotions from The BBQ Barn. First time email subscribers to receive 10% off their next online purchase